Boer Goat
Price And Quantity
Product Specifications
Product Description
Boer goats commonly have white bodies and distinctive brown heads. Like the Nubian goat, they possess long, pendulous ears. They are noted for being docile, fast growing, and having high fertility rates. Does are reported to have superior mothering skills as compared to other goats. Mature Boer bucks weigh between 110135 kg (240-300 lb), and mature does between 90100 kg (200-220 lb).
Meat goats are minimal care animals that are browsers by nature, preferring brush, shrubs, and broadleaf weeds rather than grass. Boer goats raised for meat production are typically raised on pastures. The main reasons for this are twofold: pastured goats are on average healthier animals than pen-raised goats; secondly, it costs far less to raise Boer goats on a diet of brush and weeds, than on bags of commercial feed. The ideal option is adequate year-round grazing with only mineral supplementation. Boer goats can be raised effectively in combination with cattle or sheep due to their preference for browse and the resulting limited impact on the grass cover. They do compete with other browsers, such as deer.
Trace minerals, especially copper, are particularly important to good goat health. Feed and mineral blocks marked "for sheep and goats" should be avoided. Copper in quantities suitable for goats is toxic to sheep, so dual sheep/goat feeds will almost always lack sufficient copper for goats. Copper deficiency is known to cause anemia, diarrhea, infertility, spontaneous abortions, and lethargy.
The most critical part of any meat goat operation is the selection of a herd sire (breeding buck). A high quality buck can produce high quality offspring even when mated with an average doe. Boer goats tend to gain weight at about the same rate as their sire, so a buck from a proven fast growing bloodline will command the highest price, as its offspring will tend to also be fast growers. The primary market for slaughter goats is a 1536 kg (35-80 lb) kid; kids should reach marketable size at weaning age. The kid of a proven fast-growing sire might weigh 36 kg (80 lb) at 90 days, while the kid of a poor quality sire might weigh only 15 kg (35 lb) at 90 days. An average quality buck will initially be less expensive to purchase; however, they can significantly undermine an operation's long-term profitability.
Trade Information
Related Products 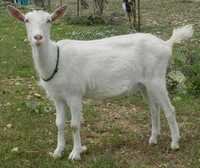 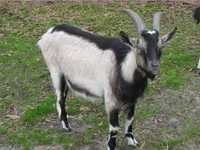